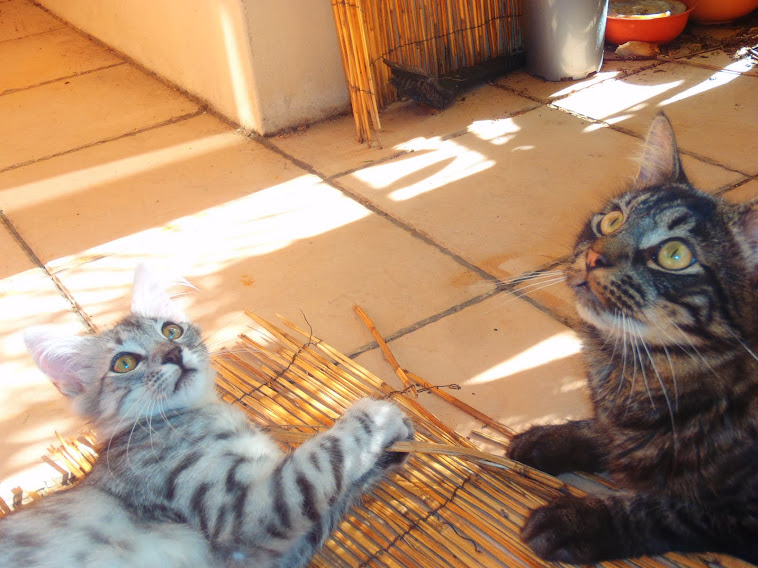 Gizmo Goes on a Holiday

Through Gizmo's Eyes
My humans had to go on a holiday overseas because one of my humans had to compete in the World Cheerleading Championships in Florida... I was a little nervous cause I had never been on a holiday before. I had to hope my humans chose a nice place for me to go with humans as nice as them.
When I arrived at my holiday, I met a nice lady who gave me cuddles straight away. I like cuddles. Then I met her kids. Her kids liked cuddles too. Then I found out she had other kitties... Yay I had some friends to play with. I don't think they liked me at first. They would hiss at me when ever I walked past. Eventually we became good friends though. 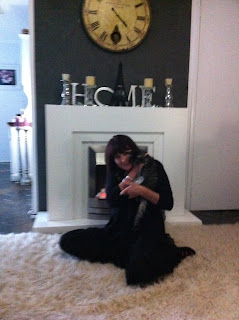 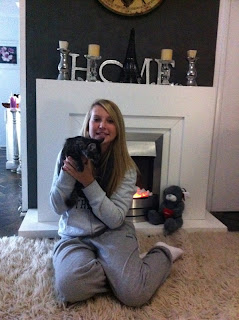 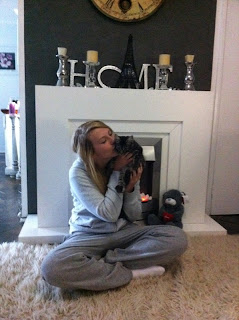 When I got there I went exploring. There were lots of exciting new smells, and comfy couches and a warm furry rug in front of a heater. My humans put my bed and things in a room of my own and showed me where it was before they let me continue exploring. 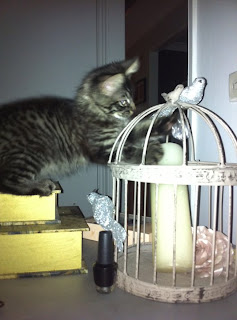 I ran around and found a giant glass window where I could look outside, and the best bit was outside was on the same level as us (at home outside is below my balcony, so I can't get down there). Only there was a giant black and tan thing guarding the door to outside. My human said it was a dog. I tried to say Hi, but it definately didn't like me. It jumped up and banged loudly on the glass, so I ran and hid behind my human.

After a little while, my human had to leave, but I didn't mind because I still had people to give me cuddles, new things to explore and other kitties to play with. 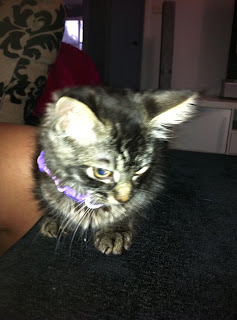 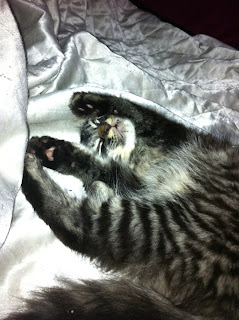 I had fun on my holiday, and I got spoilt by my holiday humans. Every night I would get put to bed in my room, but someone would always come and get me to sleep in their bed and get cuddles. I got to play with the kitties, eventually they liked me. There names were Tom and Jerry, and another holiday cat Mr Bibbs... There was always someone to cuddle or play with. Every human in the house had a lap top too, so I always had something warm to sleep on. 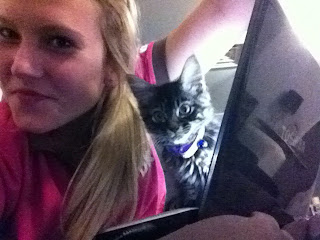 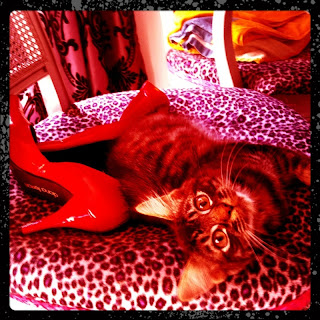 My human is coming to pick me up today, but my holiday human has given me some photos so I can show you how much I enjoyed my holiday. 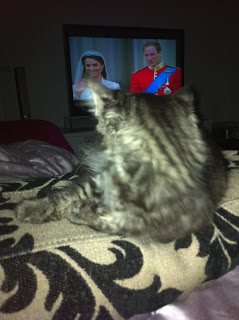 This picture is of me watching the royal wedding on my holiday
Posted by KitKat, Gizmo and Denali at 2:22 pm